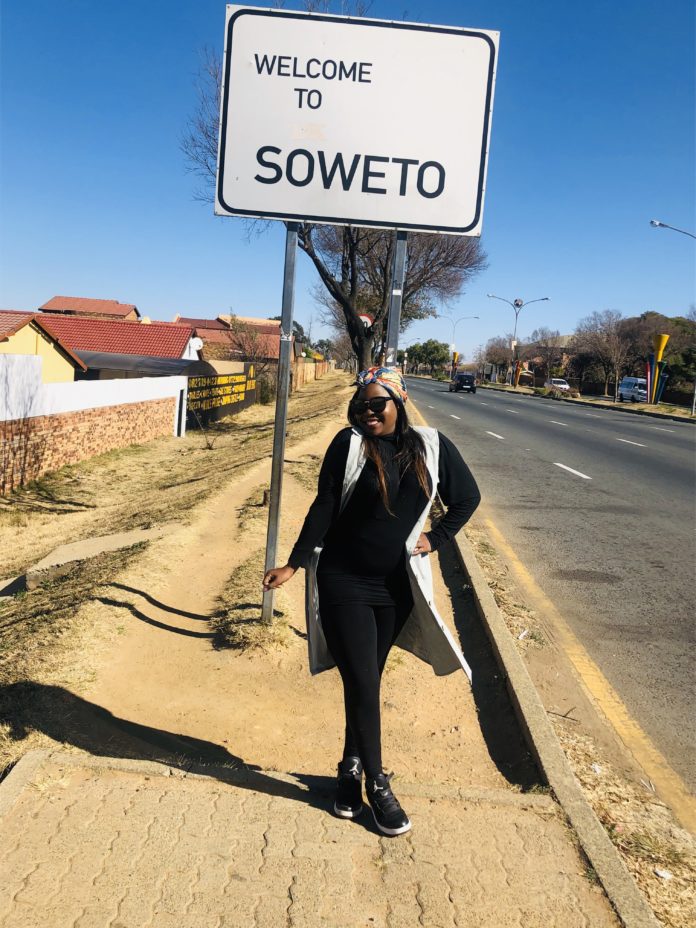 Most people wouldn’t think of taking a turn around their community to explore it like a tourist, but I did. I went to Soweto and discovered a world so different from my own daily life that I could have been half way around the world!

In an effort to grow the interest of Africans travel in and around Africa as first choice destinations, I took a local tour to Soweto with MoAfrika Tours to discover what South Africa may mean to those who see it from a tourist perspective. 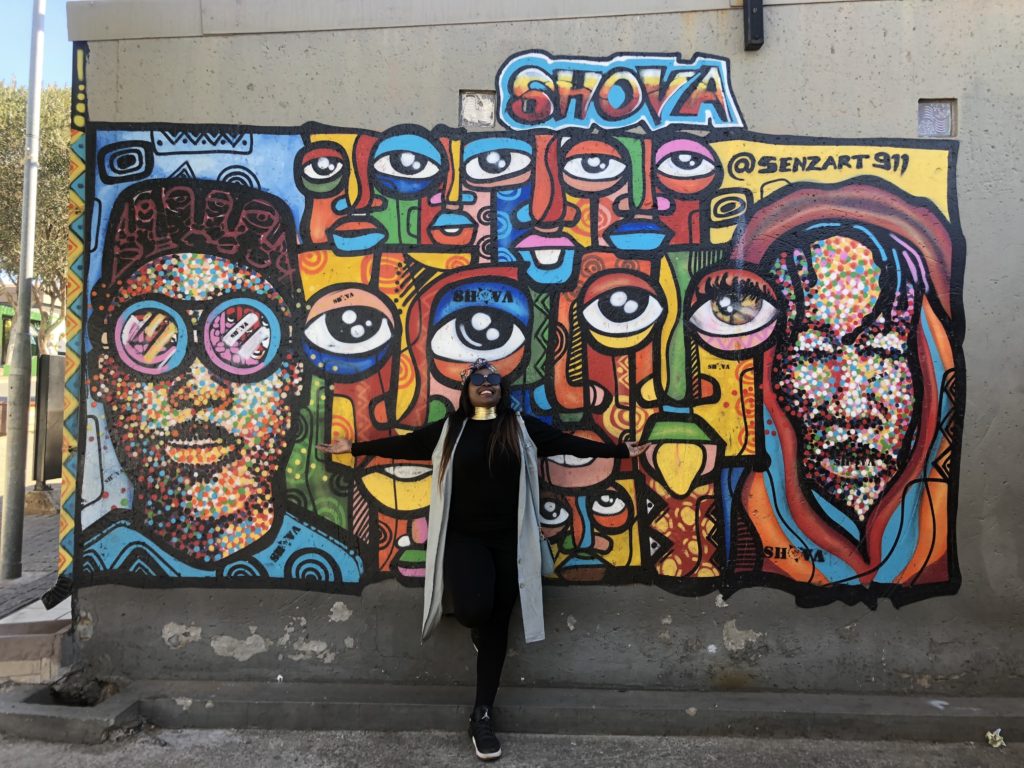 As we drove through the chaotically synchronised highways of Johannesburg, leading from the North to the central city, our tour guide took care to instil a sense of wonder in his audience as he told the story of South Africa, interwoven in the integral role that this city played in growing the hope for a better future for all. As we reached Soweto- the one way in, one way out township built for black miners and their families in the Apartheid era, we could not dart our eyes fast enough to take in the environment.

Traces of the past remained, but the future was way more dominating. 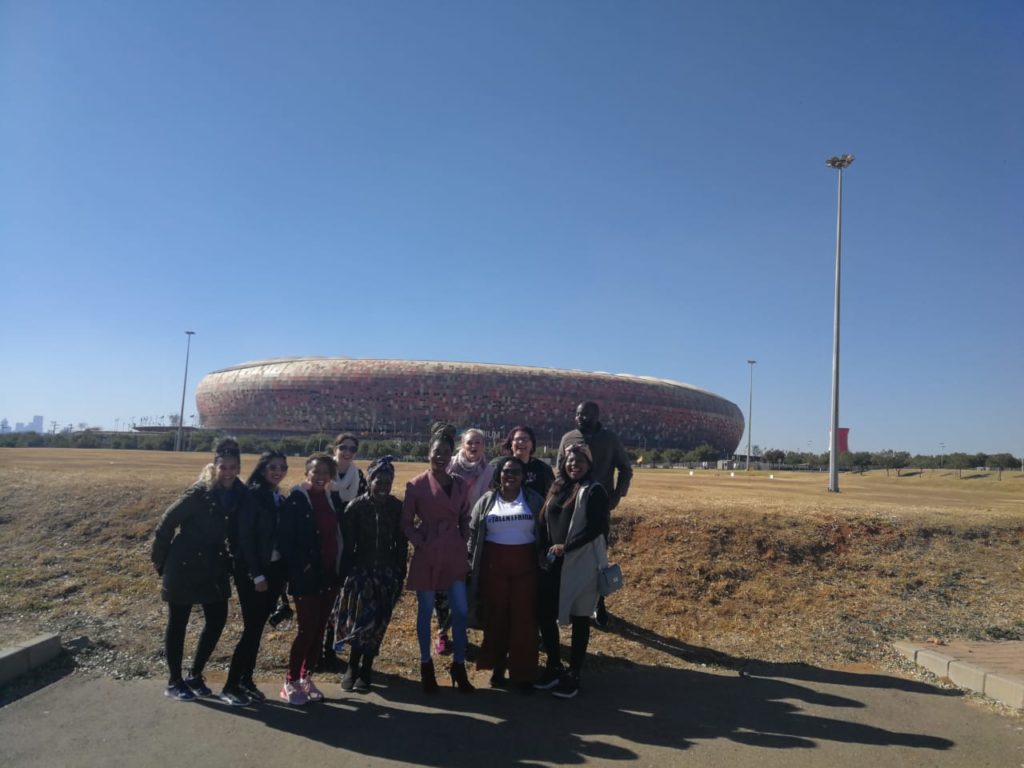 First we started at one of the most famous sports stadiums in the world, shaped like a traditional “Calabash” or “African Pot” that is such a cultural monument in most African tribes that it became a beacon of pride, a reconstruction project to the tune of R3.3 billion built in time for the first ever African World Cup in 2010.

Previously known as Soccer City, the stadium is the centre of many South African historic events, starting with the first speech from former President and World-known freedom fighter Nelson Mandela in 1990, a few days after being released from prison where he served 27 years.

For a great view of Soweto, you have to go to the centre of Soweto!

We stopped in an informal settlement and climbed up a surprisingly sturdy self-made viewing deck that had a panoramic view of the whole of Soweto. Told that depending on when you book the trip with Mo Afrika, sometimes a dance group will come demonstrate just how sturdy this structure is!

We then went to see all the monumental landmarks of Soweto- all are must-sees for both local and international visitors:

The magic of vilakazi street

One of my favourite stops has to be Vilakazi street where both Nelson Mandela (with his wife at the time Winnie Madikizela-Mandela) and Archbishop Emeritus Desmond Tutu lived. How many places can claim two Nobel Prize winners that live in the same street? In fact, Tutu, as he is more fondly known, still lives here with his wife Leah, and when he’s in town he is said to stroll the streets. Flea market stalls line up the length of the street where you can find little pieces of Africa in the form of ornaments, fashion, local cuisine and the traditional dancers that create a bubble of celebration that is unique to Vilakazi street.

Mandela’s house has become a museum. It is called the Mandela House Museum and is open for public tours during the week. But there is more to Vilakazi Street. A block away from here Hector Peterson was killed by police during the students’ uprising of June 16 1976, today celebrated as Youth Day. Now the Hector Peterson Museum and memorial stand on the corner of Moema and Vilakazi Streets. 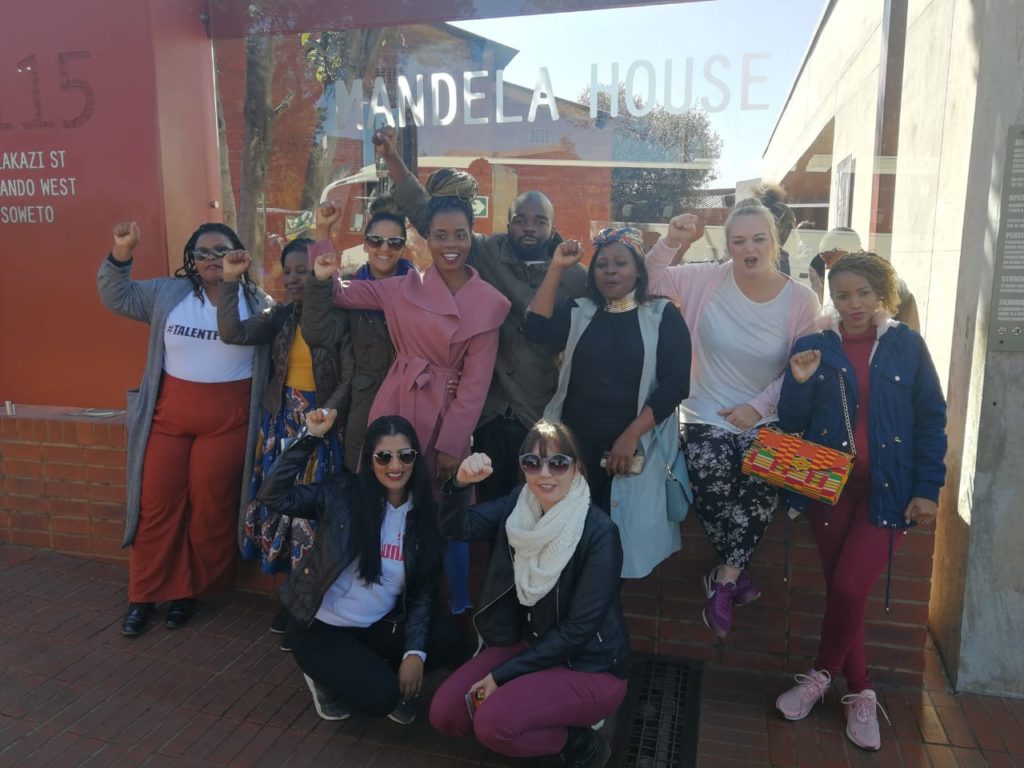 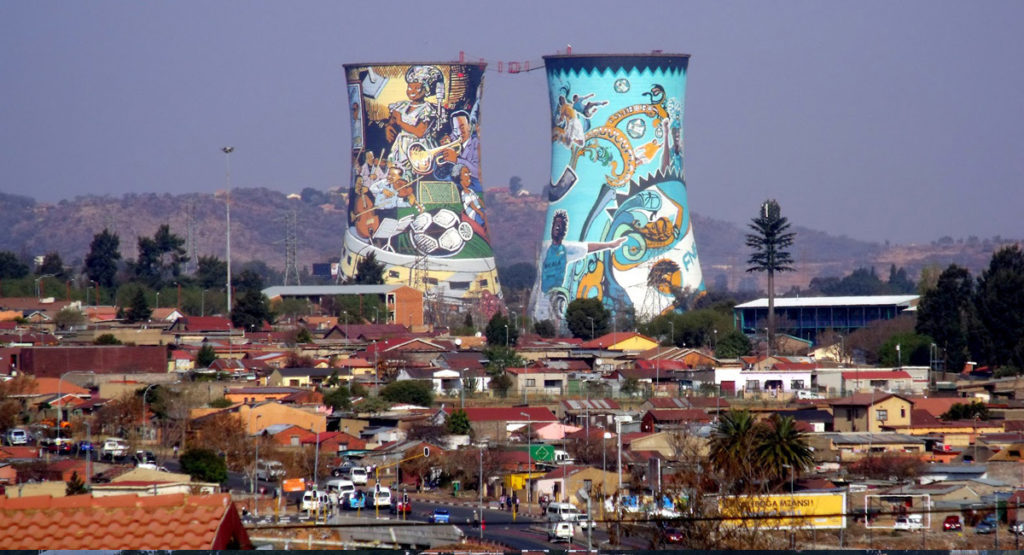 Originally the site of a coal fired power station, the Orlando Towers have become one of the most distinctive landmarks in the neighbourhood of Soweto and the site of the world’s first bungee jump between two cooling towers, as well as other thrilling adventure sports such as abseiling and SCAD (suspended catch air device) falling.

Construction of the Orlando Power Station began in 1935 and was only completed in 1955, due to delays caused by the Second World War. After 56 years of service, the power station was shut down in 1998 and was transformed into an entertainment and business centre in 2008. 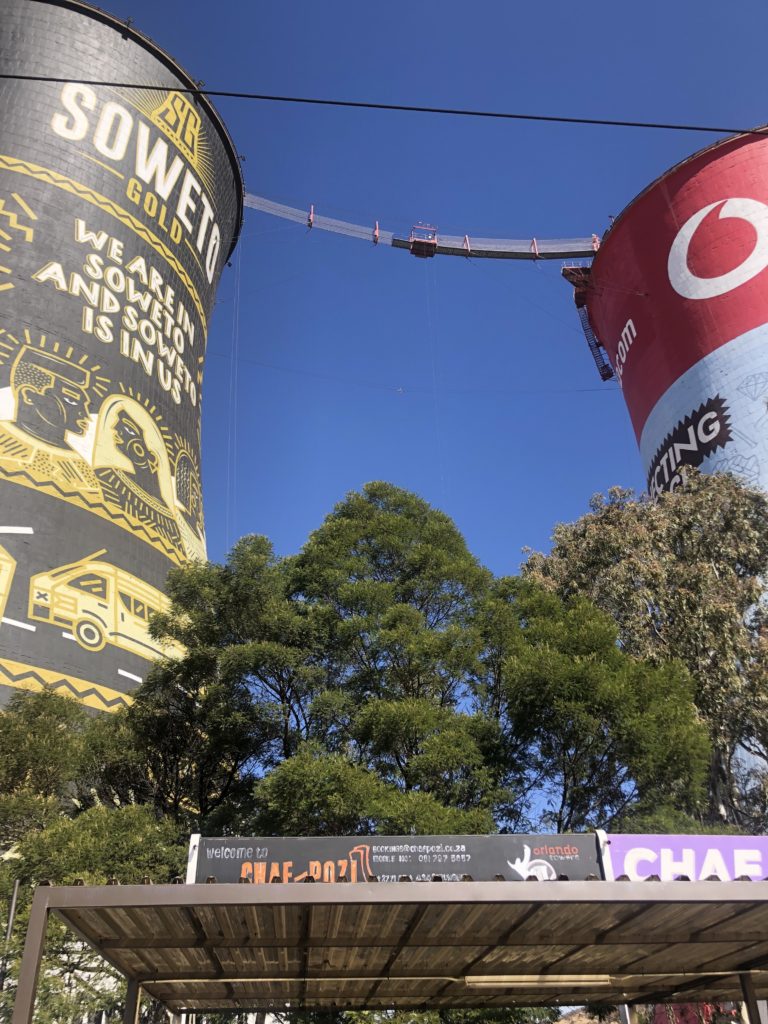 Although we were definitely not brave enough to bungee jump off the tours, we did find something for us in the infamous tavern, Chaf Pose where we indulged in much raved about African cuisine that has characterised South Africans for decades: Braai’ed meat, pap meilie meal, Chakalaka and Dumpie ciders. 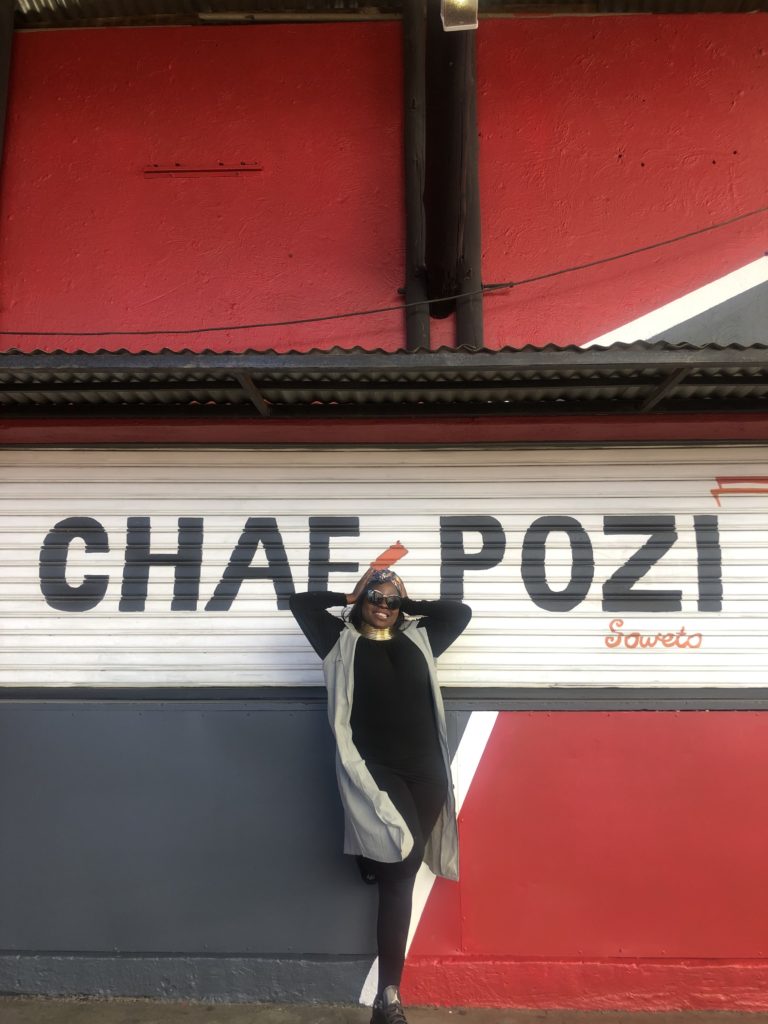 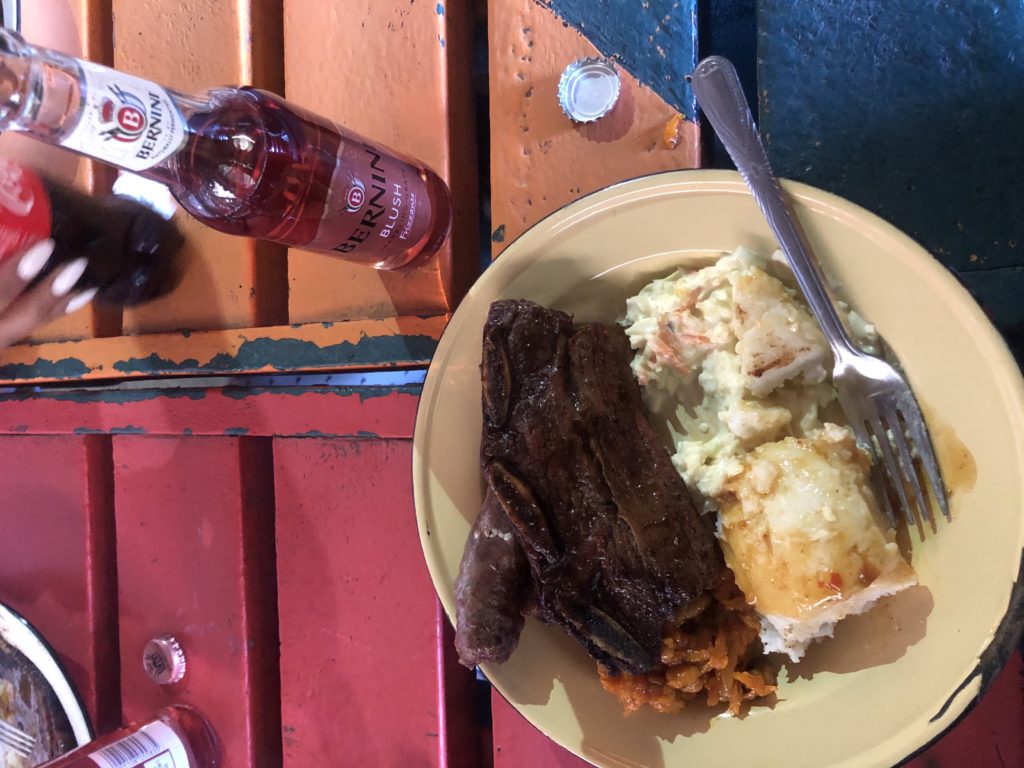