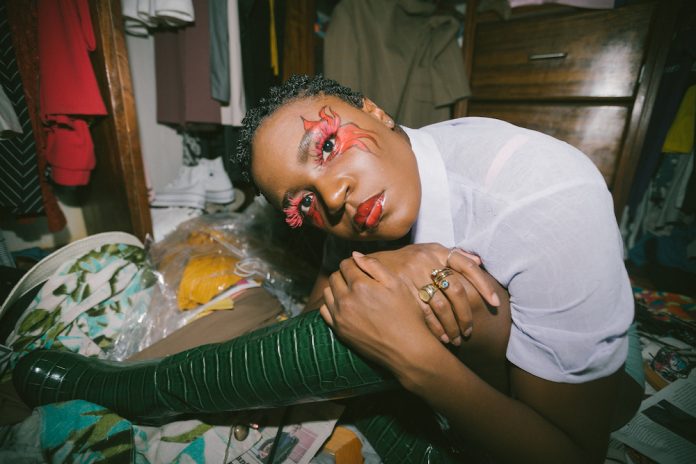 Cementing her title as an artist to watch for 2020, ​Amaarae has followed up to her sultry introductory single, ​‘Leave Me Alone’​, with the second teaser from her upcoming EP, ​‘Fancy’ via Platoon (​LISTEN HERE​). Proving to us that all is not lost, and we can still have the ​‘hot girl summer’ we planned, ​‘Fancy’ ​is a female-empowered anthem filled with a syncopated drum and bassline, which sees a divergence from the smooth offering we were presented with. With a loosely ‘trap-style’ feel and a bounce in its rich flavour and style, ​‘Fancy’ ​straddles the line between rap, trap and RnB to give us a single filled with powerful feminine themes, that can be described as “​a track for all the bad bitches!”

Hot on the heels of the success garnered from ​‘Leave Me Alone’ ​, ​‘Fancy’ is set to give us all the emo-alté-RnB summer vibes we never knew we needed until now. Speaking on ​‘Fancy’​, ​Amaarae states: ​”Fancy is a bad bitch record! Big love to KZ, who produced and co-wrote this record. When he first presented it to me – he was like this is the shit women need to hear from you and he was absolutely right! It’s that joint that you put on when you’re getting ready to go out, when you’re getting ready to ace that exam, to ask for that promotion, do that job interview, go on that date that you know you are about to dress to kill for! It’s for the BOSS BITCHES. I want every single human to put on this record and just allow it to make them feel incredible and powerful when they listen to it because that’s how it makes me feel. I dance to it alone in my room, when I bought a new whip, it was the first song I played on my way home from the dealership. It’s a very special one to me and I want it to be special to my fans too.”

…and on her inspiration for her forthcoming EP ​‘The Angel You Don’t Know’:​ ​“Working on this project, I felt like I was finally coming into my own and saying what I wanted to say as an artist. This is the new version of me. This is where my journey as an artist is really starting, everything prior to this was me searching for myself, it was the growing pains.” 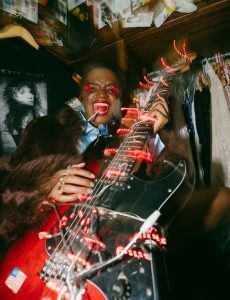 Amaarae (born Ama Serwah Genfi) won our ears and hearts in 2017 with her self-released debut album ​Passionfruit Summers​. The Ghanaian-American singer-songwriter, producer and engineer has established herself as an exceptional and wholly unique force in an ever-changing musical landscape. Raised between Accra, Ghana, (where she attended high school), Atlanta, Georgia, and New Jersey, Genfi’s cross-cultural experience is the driving force behind the artist’s deeply experimental ethos and preternaturally emotive writing style. As a child, Genfi was an eternally curious, highly voracious consumer of all genres of music. At home, she listened to the likes of Nina Simone and Aretha Franklin with her mother, but also discovered the swaggering and aggressive rap style of 50 Cent from a cousin. In Atlanta, she fell in love with the sweltering 808 and whimsy driven stylings of Southern rappers and would even go on to use the Sleepy Brown featured Outkast offering “SpottieOttieDopaliscious” as the inspiration for her 2019 appearance on Kojey Radical’s EP Cashmere Tears via the single ​“Sugar”​.

During her time in New Jersey Amaarae experimented with her personal style, where her current style choices were germinated by a merger of her innate black funkyness and the gothic influences of the predominantly semi-rural white environment in which she lived at the time. Yet it wouldn’t be until later in her career that the Afro-fusion songstress would lean into channeling the universality of pop lyricism into her own writing practice. Before Genfi’s metamorphosis into the singer-songwriter of today, she was sardonically penning her future into notebooks. Since then, the self-proclaimed “warrior princess” has truly stepped into her own, and in doing so, embraced the uniqueness of her artistic identity.

As a singer, songwriter and producer ​Amaarae is multifaceted artist that has gone on to collaborate with some of the biggest names in African music such as Wande Coal, Kojey Radical, Odunsi, Santi, and Show Dem Camp to name but a few, and her accolades do not stop there. A budding face across the media landscape Amaarae ​has been featured in publications such as Vogue​, ​The Fader​, C​omplex​, ​Billboard and ​Okay Africa b​eing the 2020 honouree and cover star for their ‘One Hundred Women’ feature.

Keep Up With Amaarae On Socials