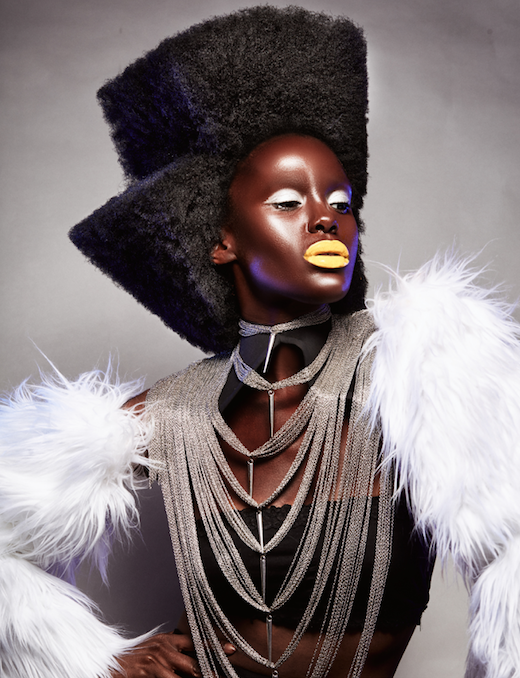 There was a time in the past when it was widely believed that ethnic or African hair is a beauty curse for women. Often reinforced by the western standard of what perfect hair is: long, silky and straight. African women across the globe would fight with their manes to get them as close to that as possible, not realising that the perceived curse- of gravity defying coils that had a life of it’s own- was actually a unique blessing; one that can be used for expression, power and a collective identity. The most well known being that of the Afro which was popularised by the American Back Panther Party in the 60s. 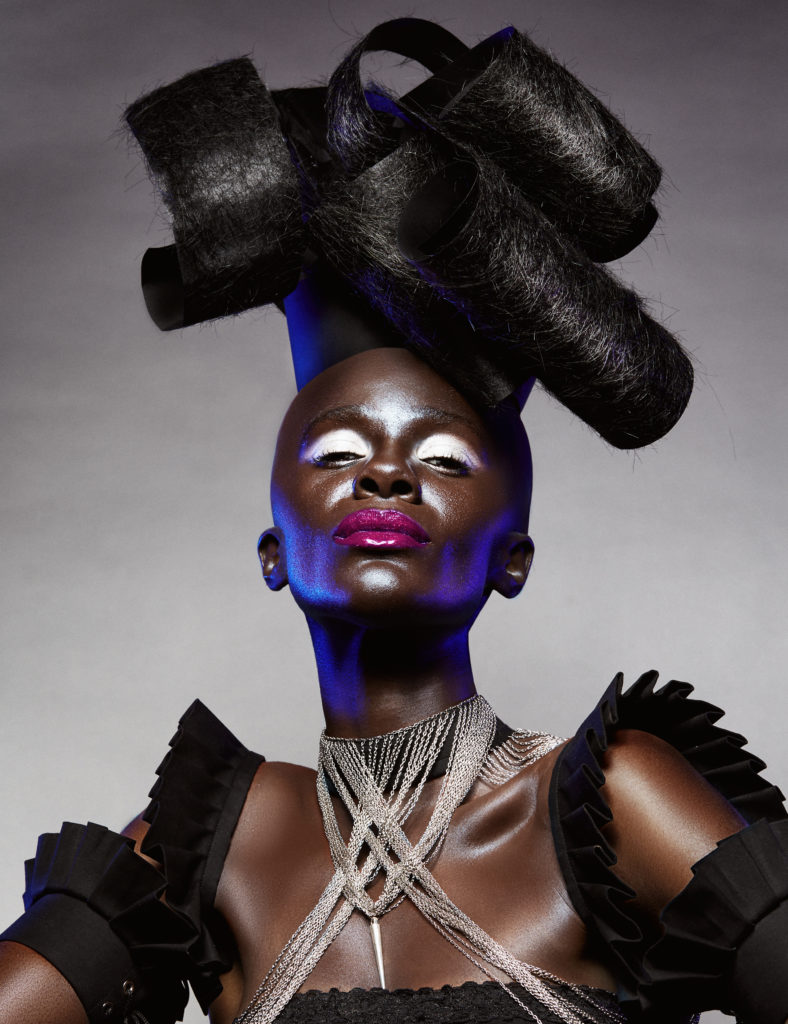 So when Canadian hairstylist, Norm Wright chose to rather celebrate African beauty at the Canadian Hairstylist of The Year Awards (Contessa), we were floored with the creativity that was showcased in every piece of his work.
Chatting about his collection, titled ‘Tribute’, Norm Wright let us in to what inspired the looks:

“My inspiration stems from the brilliant work coming from the Spanish artists Xpresions, the work of Angelo Seminara and the precision of Jean Baptiste Mazella. This collection is a tribute to them.”

Perfectly capturing Africanism in looks that juxtapose heritage with modern day expression of colors and uniqu cuts, Write says each picture documents his journey into the exploration of textures and how far you can take them.

“Hair doesn’t have to be conservative to be beautiful, and regardless of strategy, can be refined and tasteful.”