Charles Okpaleke Aka Charles of play is on a steady mission to revamp old Nollywood films.

He recently announced that remake of two classic Nollywood blockbusters, “Glamour Girls” and “Rattle Snake,” after acquiring the rights to both movies. 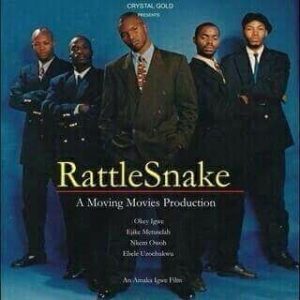 The filmmaker made the announcement on social media, giving us the dates both movies are expected to be released in cinemas. He wrote:

“Just secured the rights to the Nollywood Classic “Rattle Snake”. Thus I’ve decided to take on only 2 Nollywood projects between now and Dec 2021. Rattle Snake: In Cinemas Nov/Dec 2020 Glamour Girls: In Cinemas Dec 2021”

Charles Okpaleke also owns the sole rights to ‘Living in Bondage‘, whose sequel recently achieved blockbuster status in Nigeria, having grossed over ₦140 million within the first few weeks of its release. “Living in Bondage: Breaking Free” marked Charles’s debut into Nollywood as an Executive Producer and is still showing in cinemas nationwide.

“Rattlesnake” was first shot in 1994 and followed the true life story of a young boy Ahanna (Francis Duru) who was lured into a life of crime and robbery after the death of his father. Eventually he has to choose between honoring his best friend’s request for one last robbery or keep his promise to the love of his life Ann to abstain from crime.

He is eventually betrayed by his friend and the movie ends with everyone wondering if Ahanna was killed.

Catch a glimpse of the old movie below;

“Glamour Girls” was written and produced by Nigerian filmmaker Kenneth Nnebue, the movie told the story of a village girl whose desire for a better life got her to take a questionable job. The 1994 classic boldly focused on sexuality and money.

Are you looking forward to the sequel? We sure are!