Who is ready to see another eye-catching collection? UK based label Mattew Miller recently released their spring/summer 2017 collection. 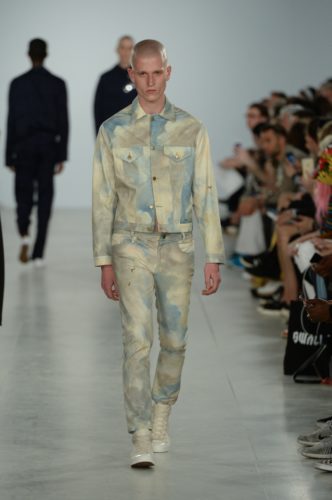 Solitary cloud gazing marks the basis of Spring/Summer seventeen. Ivory clouds contrasting  against a backdrop of sky blue brings forth images of bleached denim found in early skinhead  culture, the rolling plethora of whites and off-whites rising like a dream, one of beauty and absolute freedom. 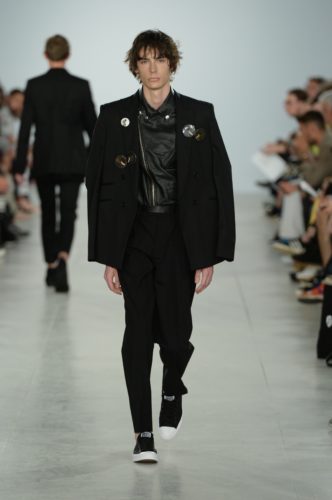 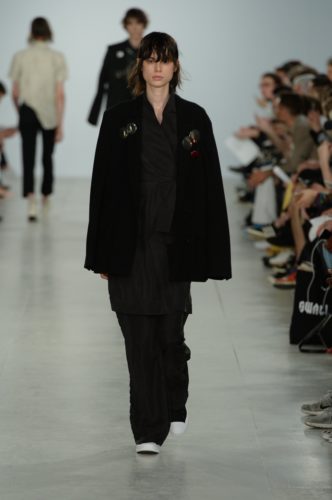 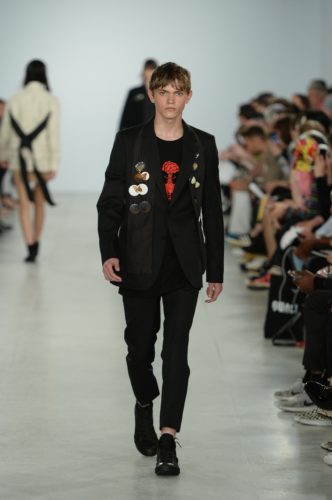 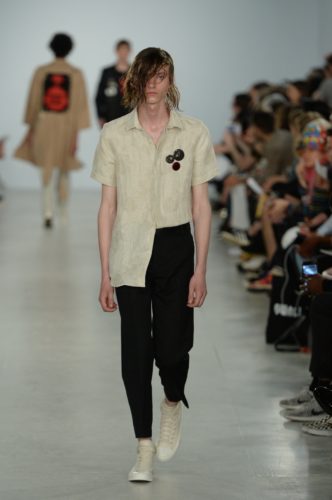 As night forms the clouds begin to evolve, turning black in colour and heavy in weight, before buckling under the weight of their own existence until they collapse, much like the ill-fated skinhead culture. The iconic bleached denim has also found its evolution, this time by re-printing and exploding 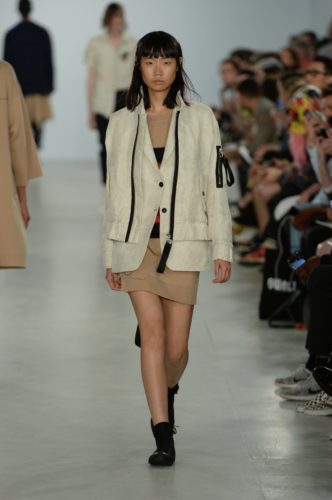 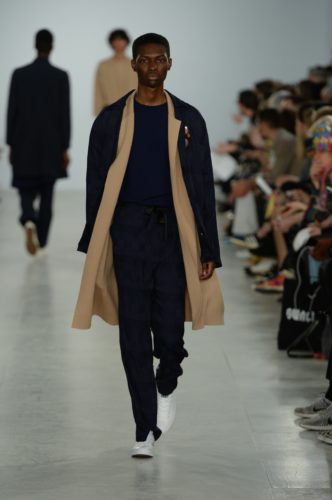 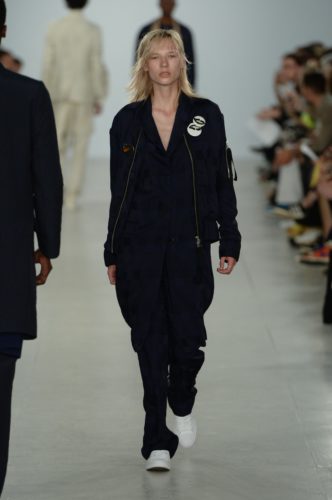 “A Study of Clouds 1871” by British romantic John Constable – a copy of which sat upon the wood chipped walls of Matthew’s council house in the early 1980s – and weaving it into the very fabric, juxtaposing cotton against linen.  Just as the early skinhead style was formed from an amalgamation of clothing styles and references, Spring/Summer seventeen sees Miller deconstruct, study and re-design an antique Kimono, oversized cardigan and a defunct tuxedo, bringing together a mismatch of cultural style
and history. 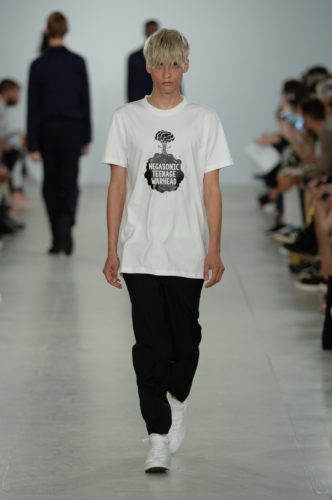 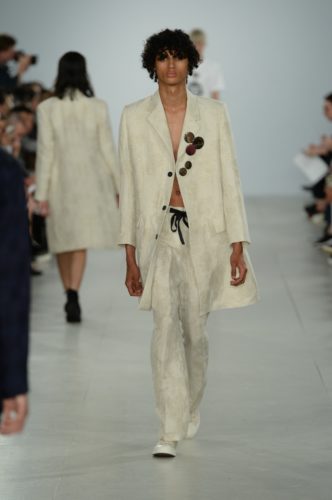 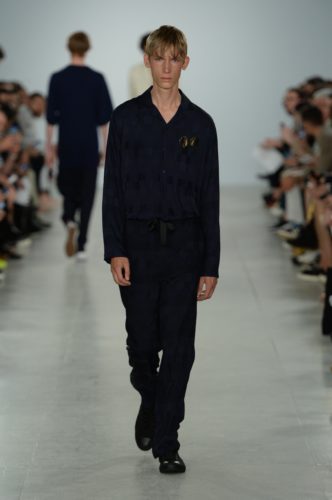 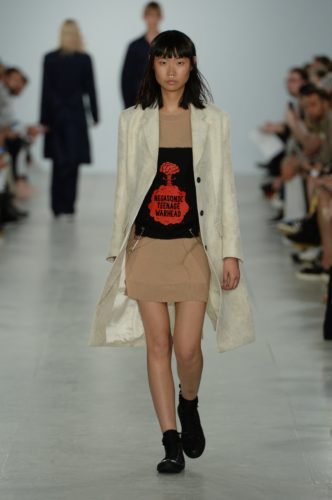 A Trojan-skinhead inspired viscose checkerboard pattern appears in an abundance of blues. Upon the woven and printed clouds sit trapped butterflies, suspended in a state of taxidermy, worn as badges signifying the fragility of beauty. 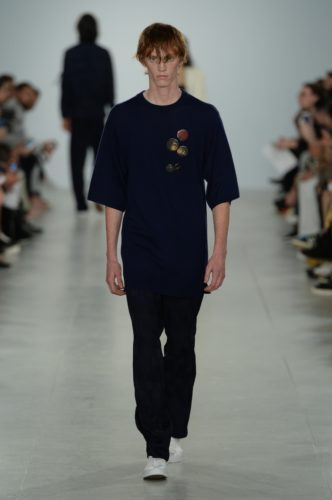 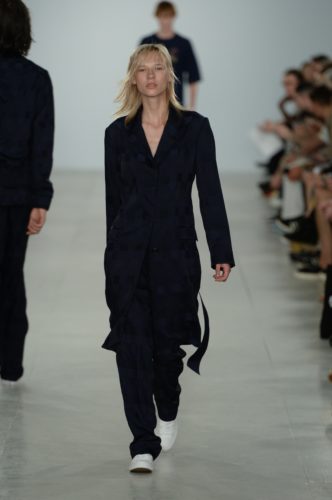 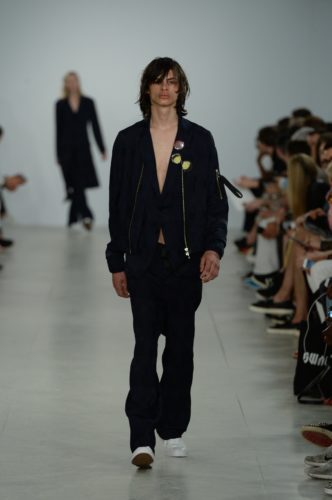 #BeautyMondays How to achieve Beyoncé’s no make up look