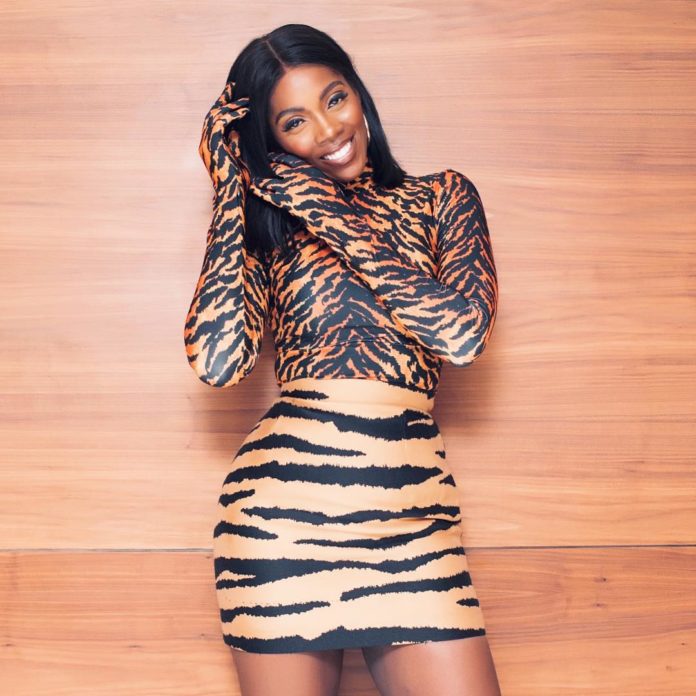 If you take a closer look at the African music scene, an improvement can vividly be seen in the areas of contents delivery, marketing and the international appeal and yearn for music by African acts.

The name Tiwa Savage rings a bell among the numerous number musicians achieving these great feats, she climbed the ladder steadily from the first day she broke unto the scene to now. Constantly getting the best of herself from one project to the other, from the album release, mixtapes, singles and also her own merch.

We have featured five of her songs our Glam Africa Playlist for the entire week, we hope you enjoyed them just like we are doing now!

This is her own vibe with the queens from her camp!

Tiwa Savage – If I Start To Talk featuring Dr Sid

A smooth Afrobeat song released about two years ago yet still sound fresh anytime it’s being played. She featured label mate, Dr Sid on it.

She crossed continents to feature RnB star, Omarion on the remix of Get It Now. Enjoy!

Lova Lova with Duncan Mighty was on repeat throughout 2018, one of her greatest hit songs of recent times. It’s a lovely Afrobeat jam for all.

Her industry relationship with Wizkid is just strong, they have supported each other on several projects including this amazing piece. Fans have called for a joint album from them, we hope they surprise us with one soon.