Reggae and dancehall musician Shatta Wale is getting ready for his concert this Friday 26th Aug at the Indigo O2 in Greenwich. Formally known as ‘Bandanna’, the Dancehall King singer has been promoting his political advocacy campaign #Shatta4Preace which is for the maintaining of peace and stability pre, during and post Ghana’s political election. 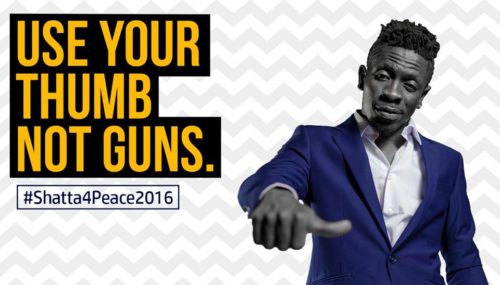 The award winning singer who has just been officially verified on Twitter has recently touched down in London and is preparing to go out with a bang for his concert, which you can buy tickets for HERE (Hurry, they’re almost sold out!) Supporting acts include: Eugy, DJ FiiFii, DJ Invisible and DJ Nore and the show will run from 6:30-11pm