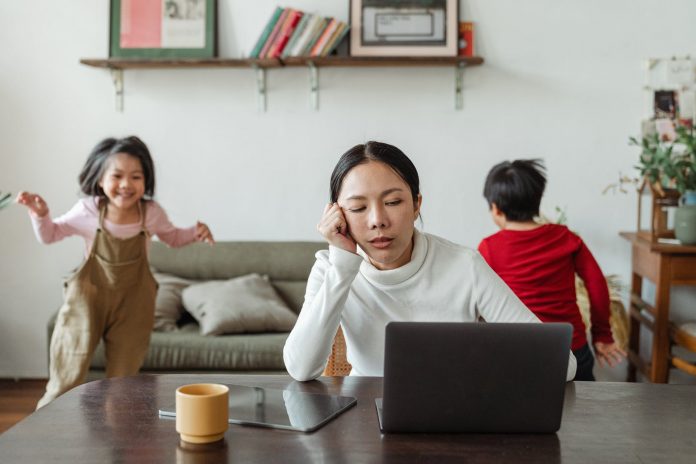 I hate going to the market. I hope that sentence doesn’t make me sound less like a woman or slash away yards from the wife material bundle a good woman is supposed to have. It’s always so stuffy and hot at the market and I always leave sweaty, tired and irritated. It was one of such days and the sun was unbearably hot.

I heard a bus conductor calling for passengers who were headed towards my destination, when I got closer; I saw the bus was still almost empty, I was grateful. Hulling my bacgo bag full of groceries with me, I went to the back seat and sat at the extreme end close to the window. I would get fresh air first hand plus no one would disturb me with ‘excuse me I want to get down’.

I used my handkerchief to mop my face and restore a little dignity to my appearance. Soon enough the bus was filled and we zoomed off. We hadn’t driven for complete ten minutes when a woman in front suddenly let out a scream

When she alighted, she gave the bus conductor N50 and the guy gave her N10 change. The woman went

‘Haba give me N20 naira. You’re supposed to take N30 na don’t be wicked like this. I didn’t even get to my destination; I forgot something at the market’

The conductor was adamant and boarded the bus to leave the woman standing there with the N10 note in her hand when everyone especially women in the bus ‘put mouth in the matter’.

‘Give her change na…

Conductors can be so wicked…

Oga give am change jare! You get luck say no be me…

After a while the driver intervened and asked the conductor to give her N20 instead of N10. He grudgingly did.

As we continued our journey, the conductor made a public service announcement,

“Nobody should tell me what to do in this motor o if you like forget something; if we reach bus stop you must pay me my money.”

I would later realise, this announcement was a pre requisite to the battle of words that ensued.

A man sitting close to the conductor, maybe in a bid to show support to his gender said,

“But nawa o women can forget something. If it was a man now, I’m sure he won’t forget anything so easily.”

I wished he had kept his mouth shut. The moment that sentence rolled out of his lips, every woman on that bus attacked him simultaneously. I couldn’t keep myself from rolling my eyes and saying a short prayer for patience.

‘What do you mean women always forget things easily? Do you know what she’s thinking?’

‘Are you minding him? What does he know? That woman has to wake up clean, cook, serve everyone, prepare the kids for school, drop them off, maybe now come to the market and you’re opening your dirty mouth to blame her that she forgot something, is it not a man like you she’s struggling to go and serve at home?’

‘Nnem o you’re saying it like it ends there. Me right now, I’m so very tired but once I get home, I still have to enter the kitchen and cook, serve everyone, help my children with assignment, bath them and get them ready for bed before I have small time for my own self.’

‘Sister you said have time for yourself? Is it not after doing all these things, your husband will still expect you to come and service him?’

I cringed at this last statement, sister really? Was that necessary?

The man sitting beside the conductor seemed to be very much enjoying the attention he was getting; he had a sheepish smile on his face that expanded into a broad grin when the last speaker mentioned ‘servicing your husband’.

He wasn’t ready to let the conversation go. To no one in particular he said;

‘But if you refuse to service your husband because you are too tired, somebody else will do it for him’.

I had to smile, the man knew exactly what he was doing, he just poured a bucket of petrol to the dying embers of the fire of the conversation and naturally the fire jumped back to life.

‘Isi gini? Somebody else will service him abi? You men are just heartless. You’ll see your wife suffering with all the chores at home and you’ll sit down in front of the TV watching Chelsea Man U, later when she’s too tired for sex you cheat on her, tufiakwa!

I shifted uncomfortably in my seat; I felt a great urge to plug in my headphones. To make matters worse, everyone was listening attentively now, including the driver. He had leaned back into his seat with just one hand on the steering wheel, his ears,  strained to be able to hear clearly, he was driving slowly now, trying to keep up with the conversation..

‘But some men help out at home’ the conductor chipped in. you people are making it sound like we don’t do anything at all nawa o’

‘Help out at home? You call it help? Is it not what you’re supposed to do? Carry your child if he or she is crying; clean your OWN house, wash plates YOU used to eat? Tell me where they wrote it in the bible that women must wash plates. Rubbish.’

This last speaker actually made a lot of sense I thought but thankfully I had gotten to my stop. With all the shouting and arguments, a headache was starting to brew.

‘Driver next bus stop dey o’ I called out from the back.

Everyone turned to look at me like I had two heads. I was the first to disturb the conversation and alight from the bus. In my head I was like

‘ummmm..did you guys expect me to sit here and listen and not go home? Conductor abeg open door.’

Sitting at home, I thought, that was a full blown discourse. I’ve been close to mothers especially young ones and that life is anything but easy.