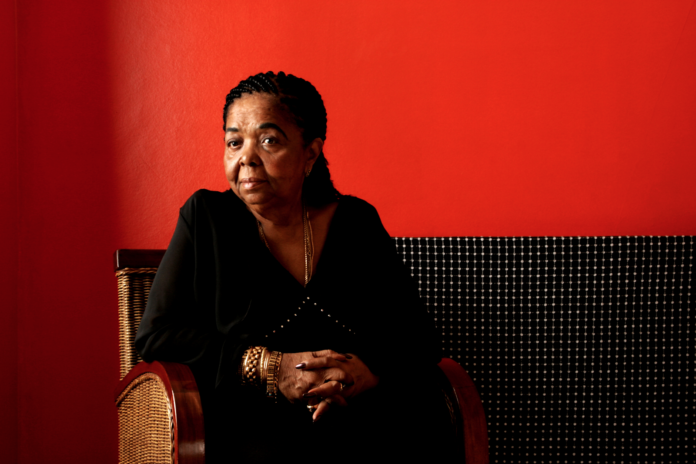 If you have been on google today, then you probably saw the picture of a black woman with a microphone. Here’s all you need to know about her. 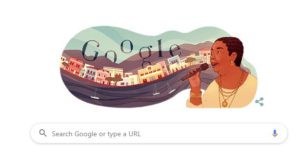 Her name is Cesária Évora fondly called Cise. She was born on 27 August 1941 in Mindelo, São Vicente, Cape Verde. When she was seven years old her father, Justino da Cruz Évora, who was a part-time musician, died, and at the age of ten she was placed in an orphanage, as her mother Dona Joana could not raise all six children. At the age of 16, she was persuaded by a friend to sing in a sailors’ tavern

In the 1960s, she started singing on Portuguese cruise ships stopping at Mindelo as well as on the local radio. It was only in 1985 when at the invitation of Cape Verdean singer Bana she went to perform in Portugal. In Lisbon she was discovered by the producer José da Silva and invited to record in Paris.

Her  international success came only in 1988 with the release of her first commercial album La Diva Aux Pieds Nus, recorded in France. Prior to the release of the La Diva Aux Pieds Nus album, Cesária recorded her first LP titled “Cesária” in 1987. This album was later released on CD in 1995 as Audiophile Legends. Her 1992 album Miss Perfumado sold over 300,000 copies worldwide.  It included one of her most celebrated songs, “Sodade“.

She was nominated for her first Grammy Award in 1995. In 1997, she won the KORA All African Music Awards in three categories: “Best Artist of West Africa”, “Best Album” and “Merit of the Jury”. In 2003, her album Voz d’Amor was awarded a Grammy in the World Music category. 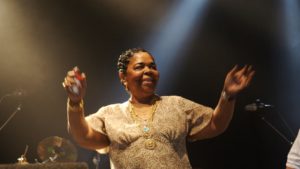 Évora later went on to earn the nickname the ‘Barefoot Diva’ across the globe for performing with no shoes.

Today we celebrate an African giant who would have been 78 today.

OUR TOP 5 HONEYMOON DESTINATIONS IN AFRICA