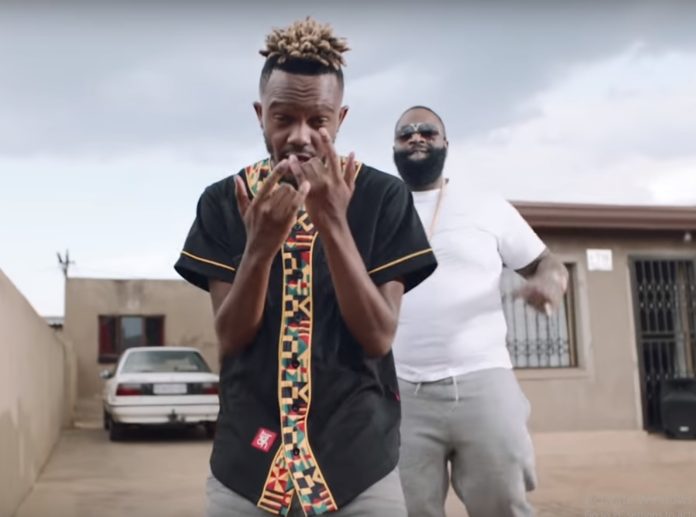 Ever since the images came out, fans of the two rappers have been waiting anxiously for the song to arrive. The wait is officially over as Kwesta has released both the audio and video today, the song is titled I Came I saw. In the video, Kwesta captured every beauty and serene locations within his childhood neighbourhood.

Additionally, the video was directed by Uncle Scrooch, Kwesta opened the video, delivering his flows before Rick Ross appeared later in a Black black Porsche, to deliver his line.

The video for the song also has a cameo appearance by Kwesta grandmum, who was seen with his grandson and Rick Ross.

He is setting South African rap scene on ablaze with different collaboration, he has one with Rich Homie Quan titled Run It Up. It’s not certain yet if the two collaboration will be on his forthcoming full studio project, DaKAR III.

His DaKAR II was released in 2018, it went on to be certified seven times platinum, hence generating further buzz around the upcoming album.

Enjoy the visuals for I Came I Saw below: