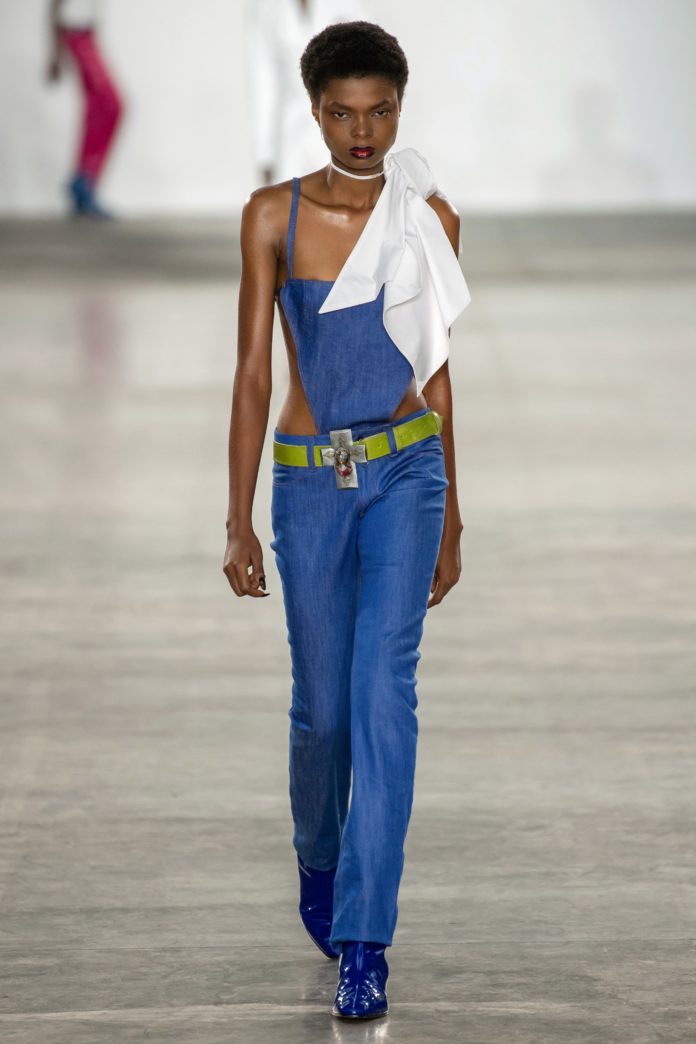 If you haven’t heard of Nigerian born and raised designer Mowalola Ogunlesi then better grab that scratchpad and take note because you’ll need to remember her.

Mowalola recently showed what was easily one of the strongest shows at London Fashion Week Men’s. The primary fabric thesis of the collection was patent leather, inspired by bikers in the American midwest and inverted to London club kids of 2019: how about a neon yellow jumpsuit in patent leather; or in a bikini-looking asymmetric top in bright pink? 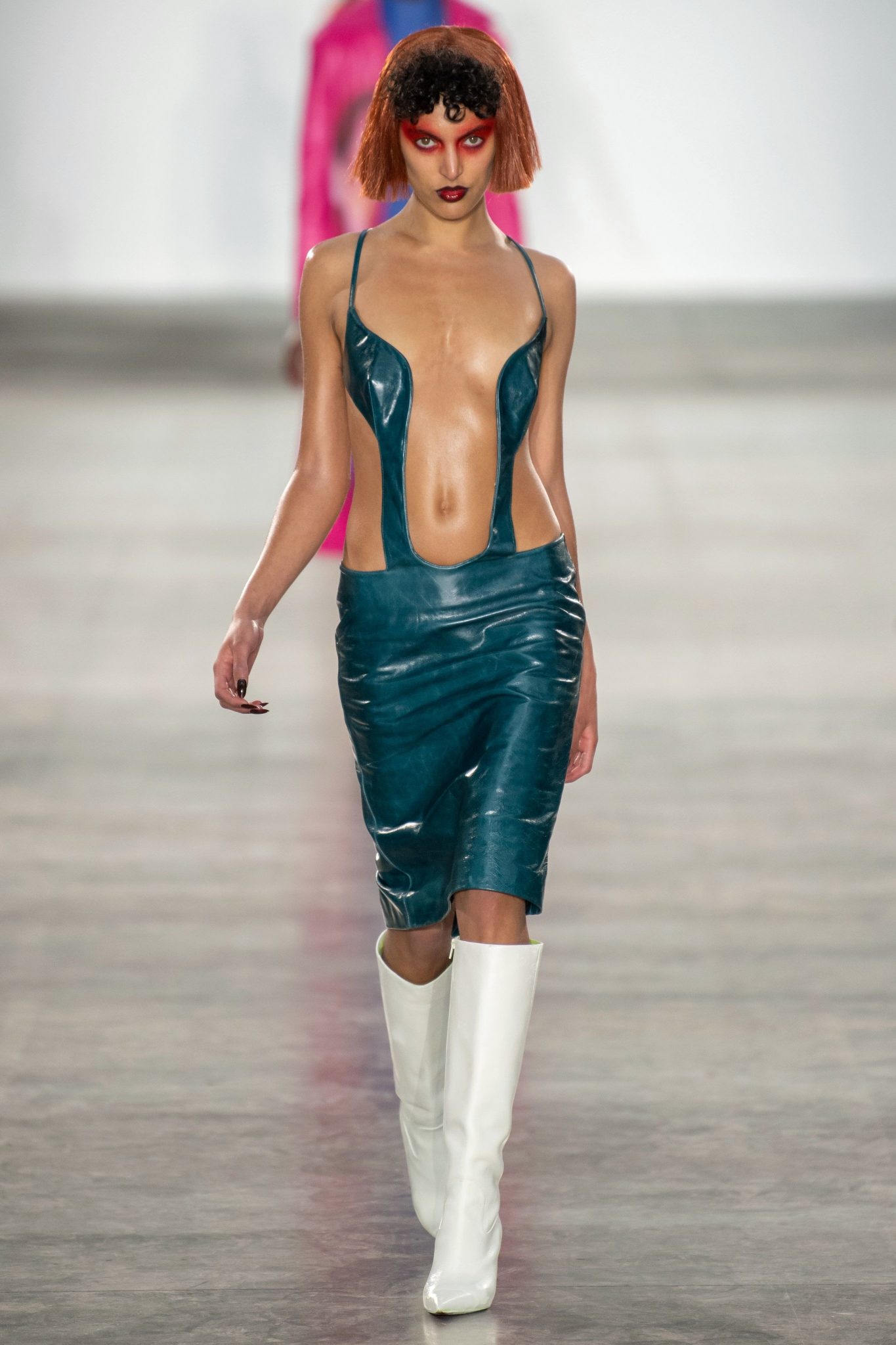 Somehow it all worked. It’s sexy and daring, but strikingly well made. For a young designer to have the ability to control such a fabric without it looking tacky or graduate-school gimmicky, is quite remarkable.

Speaking to Mowalola on a chance meeting after Virgil Abloh’s Louis Vuitton show at Paris Fashion Week Mens (more about that later), the designer spoke about how she seeks to disassemble established notions of the masculine dress (and the concomitant toxic masculinity that often accompanies it).  Two cheers to that!

Remember that name, Mowalola. It’s going to come up a lot over the next many years.