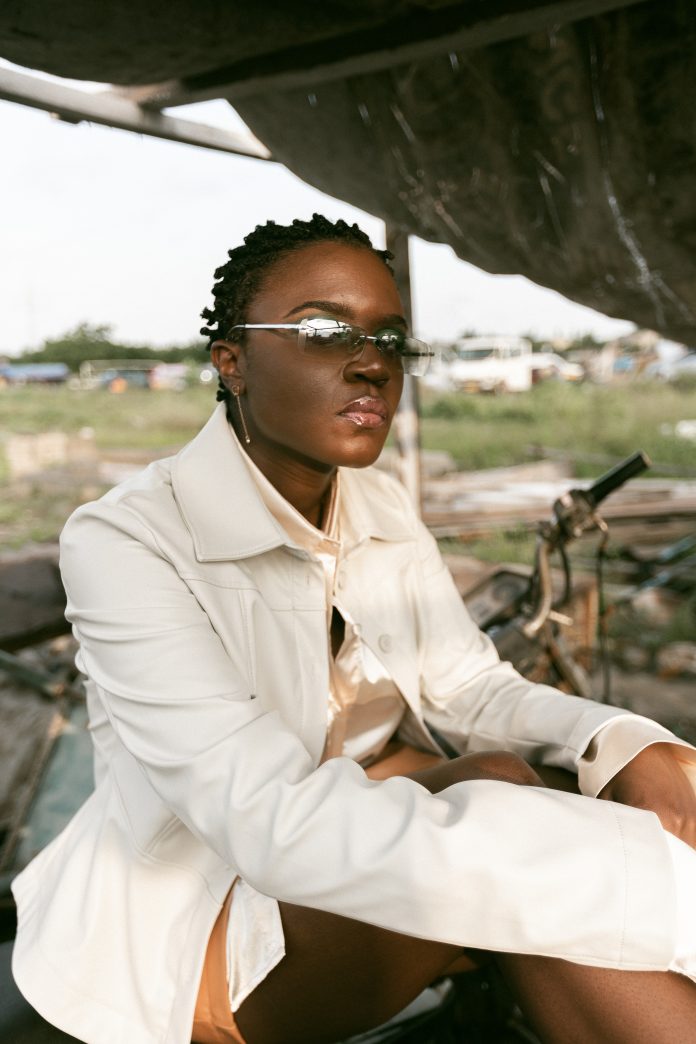 Releasing one of the most anticipated projects of 2020, Amaarae, the Ghanaian altè-RnB songstress is back on our radar for a third and final time for the release of her LP, ‘The Angel You Don’t Know’  and accompanying this with the release of her single, ‘Jumping Ship’ ft. Cruel Santino and Kojey Radical

Speaking on ‘TAYDK’, Amaarae states: “Sonically, ‘The Angel You Don’t Know’ is a testament to my love for music and my capabilities as an artist. I’m working within different genres and styles and really pushing my personal boundaries – faster tempos, ballsier lyrics, edgier textures and tones, the same is evident in the visuals as well. Spiritually, the energy is God level. The confidence. The audacity is evident throughout the record. I’m not backing down on any song.”

After whetting our appetites with her last two releases; the sultry introductory single ‘Leave Me Alone’, followed by the boss anthem ‘Fancy’, Amaarae has cemented herself as an artist to watch, and one that’s firmly on the rise. ‘TAYDK’ stands as a culmination of the hard work the genre-bending artist has put in during one of the most unpredictable moments we’ve come to know, and the singer, songwriter and producer has given us a 14-track body of work expressing her artistry and resolve as a musician. In the 32 mins and 53 seconds of this project, we’re transported into an altè-infused universe where we’re at the helm of seduction with tracks such as “Fantasy”, yet also find ourselves surrounded by 808s and heartbreak when we divulge into songs such as “Party Sad Face” & “Hellz Angels”.

Stream and Listen to the EP HERE