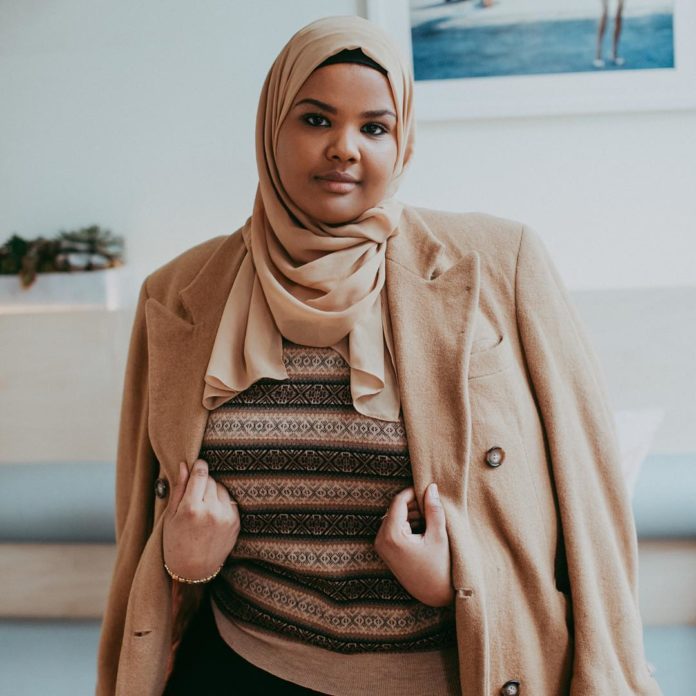 Sudanese Beauty Influencer Shahd Khidir wants the media, and international bodies in charge of human right and conflict resolutions to turn their attention to the Massacre in Sudan.

The model has placed most of her works for companies on hold to speak about the situation and call for calm and peace back home after several days of political upheaval. Shahd Khidir, currently based in New York after moving to the United States with her parents at a young age to escape violence in Sudan, shared sad stories on her Instagram page about how close friends in Sudan are being molested, kids being raped, death toll rising yet still the media isn’t doing enough to speak about it.

‘It’s really hard being an influencer and sharing information that is “off brand” and not worthy of the “feed” but I cannot hold this in any more’. She wrote on Instagram. ‘I am at my office crying because I have so many emotions in me and I feel horrible. There’s a massacre happening in my country Sudan’s and a media blackout and internet censorship for four consecutive days’.

Sudan’s massacre began when the military wrestled power from the former president Omar Al-Bashir in April after 30-years on the presidential throne, prior to that, there has been a nationwide demonstration for an election to be held for the citizens to vote. Ever since the military took over power, there have been wild and widespread of violence reported in the country with several citizens reported killed including women and kids.

Read Shahd Khidir’s full message below, we all need to bring our voices together to stop this massacre in Sudan for peace to prevail forever.

It’s really hard being an influencer and sharing information that is “off brand” and not worthy of the “feed” but I cannot hold this in anymore. I am at my office crying because I have so many emotions in me and I feel horrible. There’s a massacre happening in my country Sudan’s and a media blackout and internet censorship for four consecutive days. There is no objective media sharing what’s going on expect for @aljazeeraenglish which had their offices shot down. My friend @mattar77 was MURDERED by the Rapid Support Forces. My best friend was in hiding on June 2 and that’s the last time I spoke to him. He was missing for 4 days and when I got in touch with him he said: “I was caught, beaten and abused and humiliated and arrested and had my phone confiscated from me. I am injured currently.” And all I could do this post this. I am sorry to all companies I am running campaigns with but my editorial calendar is currently on pause. I am willing to refund all and everything right away. Please, just send me an email. To my followers/supporters who this is too much for I am also sorry but my regularly scheduled content/reviews is also on pause. If this offends you, I am sorry. But I need to speak out and share this in a time like this. If you want to support me please share this information as widely as possible and don’t be silent. Be an ally because we need your help. And tune into my stories for more information. THE INTERNATIONAL COMMUNITY HAS BEEN SILENT. #sudanuprising #sudanese_protest #مجزرة_القيادة_العامة #عيد_شهيد #اعتصام_رويال_كير #اعتصام_القيادة_العامه #السودان @wawa_waffles @sudanuprising.updates #sudanrevolts #sudanuprising #iamsudan #iamsudanrevolution #sudanese #freesudan