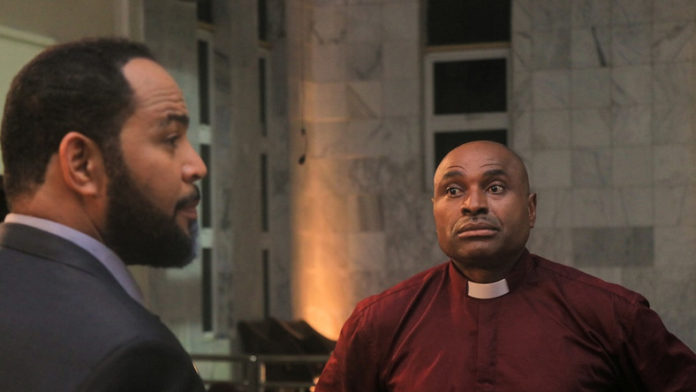 The release of the movie  “Living in Bondage”  in 1992/93 has been arguably dubbed as the beginning of Nollywood. Shot straight-to-video in only one month on a budget of just $12,000 (N118,920 at the 1992 exchange rate), this ‘home video’ ended up selling over a million copies, making it the first official Nollywood ‘blockbuster‘.

The movie tells the story of a young man Andy Okeke (Kenneth Okonkwo) who sacrificed his young wife Merit Okeke (Nnenna Nwabueze) to a secret cult in his quest for wealth and affluence, but was later haunted by his dead wife’s ghost.

Filmed in Igbo, one of Nigeria’s major languages, with English subtitles, it featured Kanayo O Kanayo, Francis Agu, Kenneth Okonkwo and other talented actors. The blockbuster was directed by Chris Obi Rapu, written by Okechukwu Ogunjiofor and Kenneth Nnebue, who also produced the film.

Since it was such a long time ago, we thought you might like to refresh your memory on the old movie. Watch below;

The sequel “Living in Bondage: Breaking Free” — tells the story of Nnamdi, Andy Okeke’s mysterious son, whose quest for the lavish life takes him down the same questionable path his father took.

It is written by Nicole Asinugo and C.J. Obasi. Principal photography and shooting, reportedly done in Lagos, Owerri, Durban and South Africa, started in July 2018.

The sequel is being directed by Nollywood veteran actor Ramsey Nouah who makes his debut in Nollywood as a director with the film. Commenting on his directorial debut, he said,

“I could not have asked for a bigger platform on which to make my directorial debut. From the power of this story, the intensity of the script, the cache of the cast and the quality of my technical support, there is no story as fascinating as Living In Bondage: Breaking Free.”

We definitely can’t wait to see what the new sequel brings. Will it be a good story? Will the actors get it right? and most importantly, will Andy be able to save his son Nnamdi from making the same disastrous mistake he made several years ago? We keep our fingers crossed and you know we’ll bring you the news as soon as we have it!