Celebrity chef and TV personality Siba Mtongana continues to rock the culinary world. As is the case with her international TV show, ‘Siba’s Table’, her recently released cookbook, My Table, has become an instant hit.

My Table has taken South Africa by storm and has already made history as the best-selling cookbook ever to have been stocked by retail giant, Woolworths SA. Thus far it has sold over 33 percent more copies than any other cookbook Woolworths SA has ever carried.

The self-published book, produced by her company, The Siba Co, has about 120 “Sibalicious” recipes for food lovers to try out at home.

Commenting on the extraordinary demand for her cookbook, Siba says: “I’m humbled and grateful for the love and support I’ve received from my home, South Africa. This cookbook has been a long-held dream and putting it together was a labour of love that demanded lots of sacrifice, hard work, innovation, focus and determination. Writing the book was my favourite part of the process.”

Adds Siba: “What’s even more exciting is that many people told me that they were buying a cookbook for the very first time. I’m incredibly glad that I’ve introduced them to a new world of experimentation, flavour, friendship and fun. I couldn’t be happier!”

International fans can also soon expect to see My Table launched in the more than 130 countries in which her hit Food Network TV show, Siba’s Table, is aired. 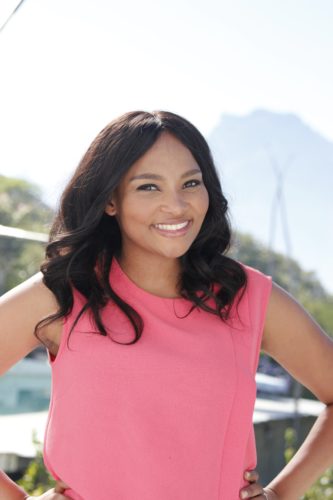 An unpretentious guide for the modern cook

My Table is a perfect guide for food lovers and budding cooks who don’t have lots of time to spend in the kitchen. In her book, Siba, also known as the Queen of Convenience, shows you how to make dinner in no time and provides the kind of tips that’ll make something you whipped up in under an hour look like you’ve been slaving over the stove all day.

“My recipes reflect my South African roots, international food trends and some of the exotic flavours and ideas that I’ve picked up on my travels around the world,” she declares.

Siba’s ‘Local is Lekker’ section in My Table provides a personal take on an array of traditional South African favourites. Keeping up with the latest international technology trends, this cookbook also boasts QR codes that allow you to watch Siba making the recipes – a first for local cookbooks.

My Table by Siba Mtongana is currently available at Woolworths retail stores nationwide, and retails at R490 per copy.

Must See! Learn How To Prepare Tropical Pavlova in Just 60 Seconds