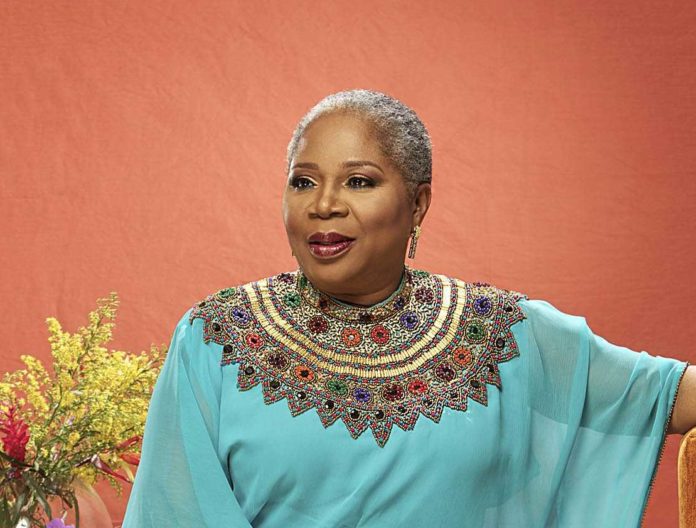 Africa is the birth place of music and home to legends. A personal favorite is the living legend Onyeka Onwenu. I remember listening to some of her hit songs growing up. I especially enjoyed her viral song ‘Ekwe‘.

She began her music career in 1981 while still working in Nigeria Television Authority NTA, releasing the album “For the Love of You”. Originally a secular artist, she now sings mainly gospel music, and continues to write and sing about issues such as health (HIV/AIDS), peace and mutual coexistence, respect for women rights and the plight of children. Her latest collection titled, “Inspiration for Change,” focused on the need for an attitudinal change in Nigeria.

She is in partnership with Paris-based La Cave Musik, headed by a Nigerian cultural entrepreneur, Onyeka Nwelue and a UK-based Jungle Entertainment Ventures, headed by musicologist David Evans-Uhegbu. La Cave Musik is set to release her collection titled “Rebirth of a Legend“.

In 2013, she was named as one of the three judges on the Nigerian version of The X Factor. In recognition of her contribution to music and arts in Nigeria, she has been celebrated by professionals like Mahmood Ali-Balogun, Laolu Akins, Charles O’Tudor, and former PMAN president Tony Okoroji among others in the arts industry in Nigeria.

She has won several awards such as

Listen to some of her hit songs here;

A QUEEN WE STAN!