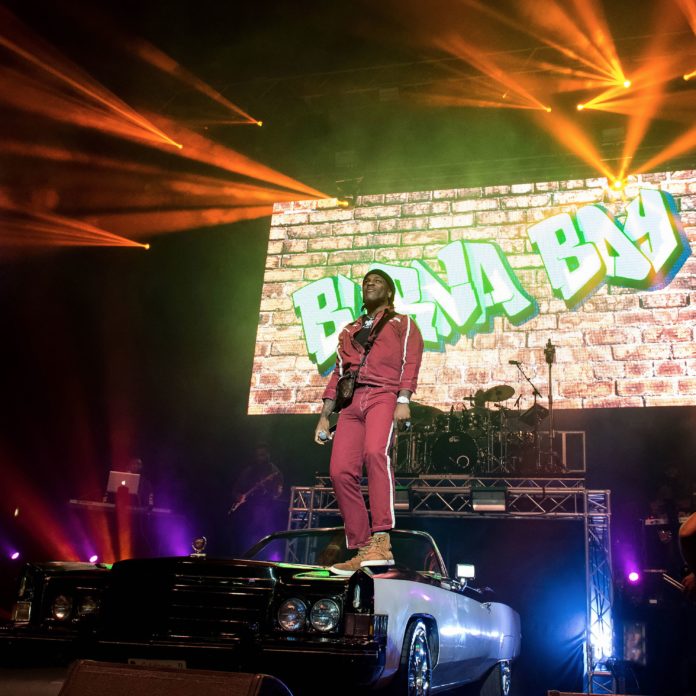 At the moment Burna Boy is arguably the hottest Afrobeat singer on the continent with back to back Hit track success within the genre. After the release of his last album, the Nigerian music superstar has ascended the throne and ruling so well.

However, many would have thought being in the league of the greats on the continent currently, he will be chased by international record labels, distribution company and more to sign for bigger exposure. 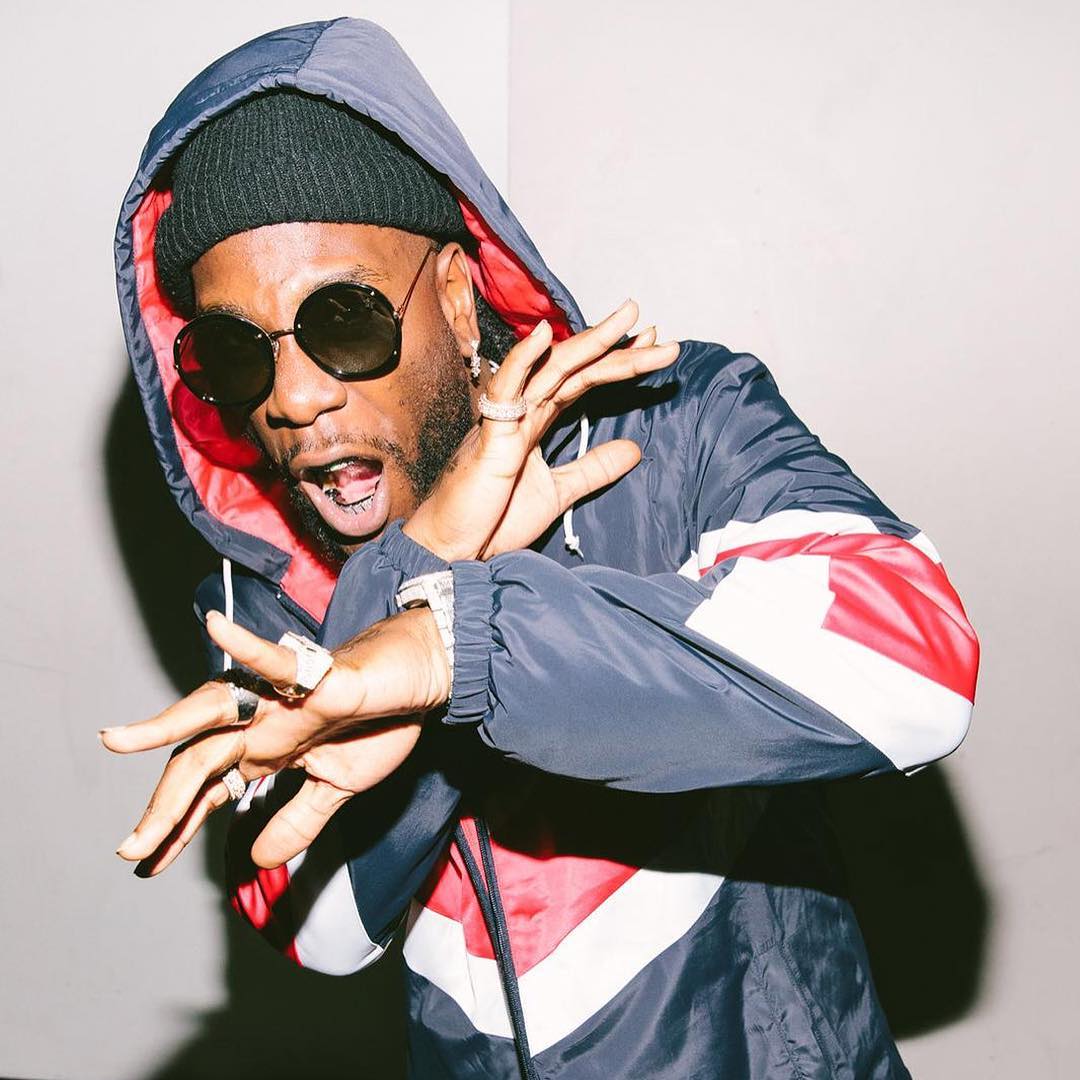 He released a statement on his Instagram expressing his worry regarding some of these deals involving Nigerian musicians and why he won’t sign with any international labels. He further praised his manager, Bose Ogulu for being there for him and not making him fall victim to the career trend.

Read his full message below. 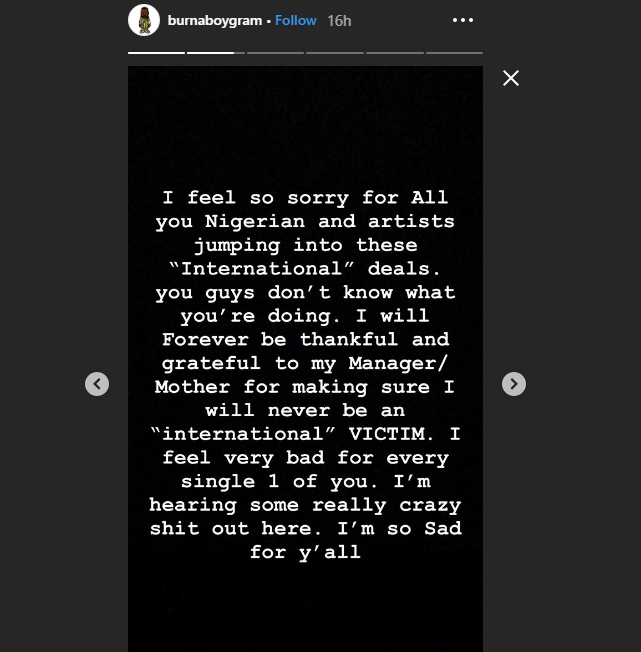