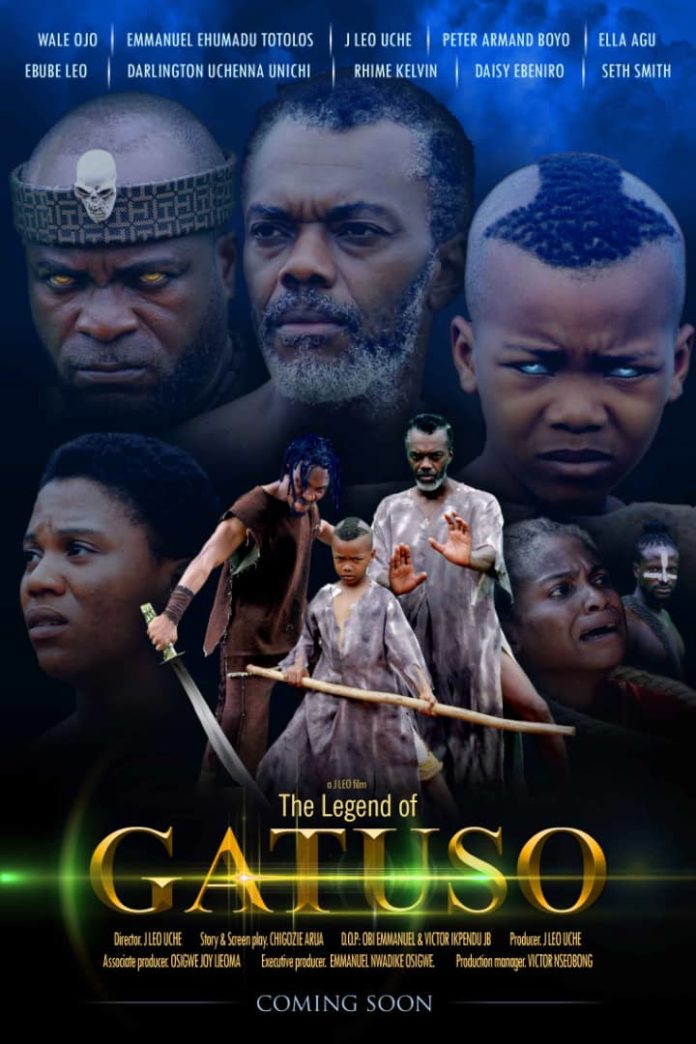 Guys, I found the trailer for a Nollywood fantasy film that i think you should check out. It’s called “The Legend of Gatuso”.

Initially I was weary, Nollywood is not exactly great with fantasy films especially as it relates to magic. What rather spiked my interest, was the picture of the boy with the Avatar haircut and white eyes.

‘The Legend of Gatuso’ is about a child of prophecy born with a great destiny and mission to bring peace and balance to mankind, but the evil Fire Nation wants to rule and conquer the world.

Fire Lord, in his desperate moves to kill the child decided to burn down villages and hold them captive. Only Gatuso, the child Avatar can stop this evil in a fight to save mankind.

Watch the trailer and let me know what you think in the comment section.