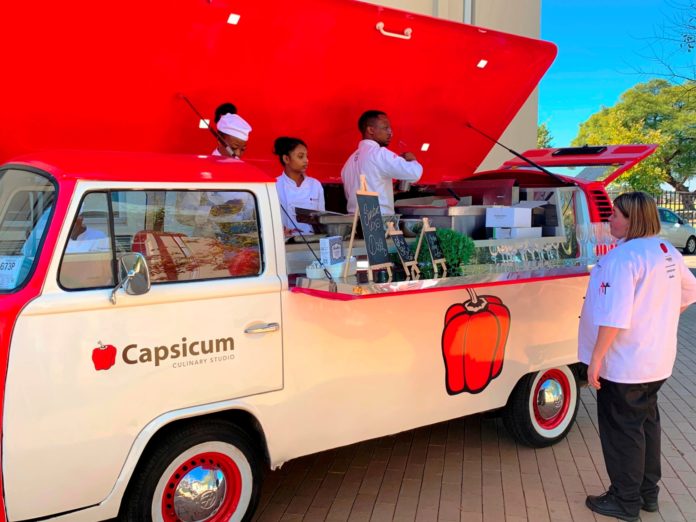 South Africa’s biggest culinary school, Capsicum Culinary Studio, has launched its own food trucks to be used for student training.

The Capsicum Combis will be run by the school’s students, giving them practical experience and teaching them to become successful entrepreneurs while earning a small income and, at the same time, providing customers with affordable and tasty street food.

Decked out in the school’s official red and white colours, The Capsicum Combis will also come fitted with a widescreen TV monitor on the roof to allow for the screening of demonstrations, videos and to advertise upcoming events.

“We are very proud of The Capsicum Combis and we think it’s the perfect vehicle – excuse the pun – to teach our students how to run their own businesses and become entrepreneurs.

Says Capsicum’s Marketing Manager Janette Engelbrecht, “Students will be in charge of running the kitchen in the combi, drawing up a list of food items that they will ultimately prepare and serve, and budgeting accordingly so that it runs as a successful and profitable concern.” 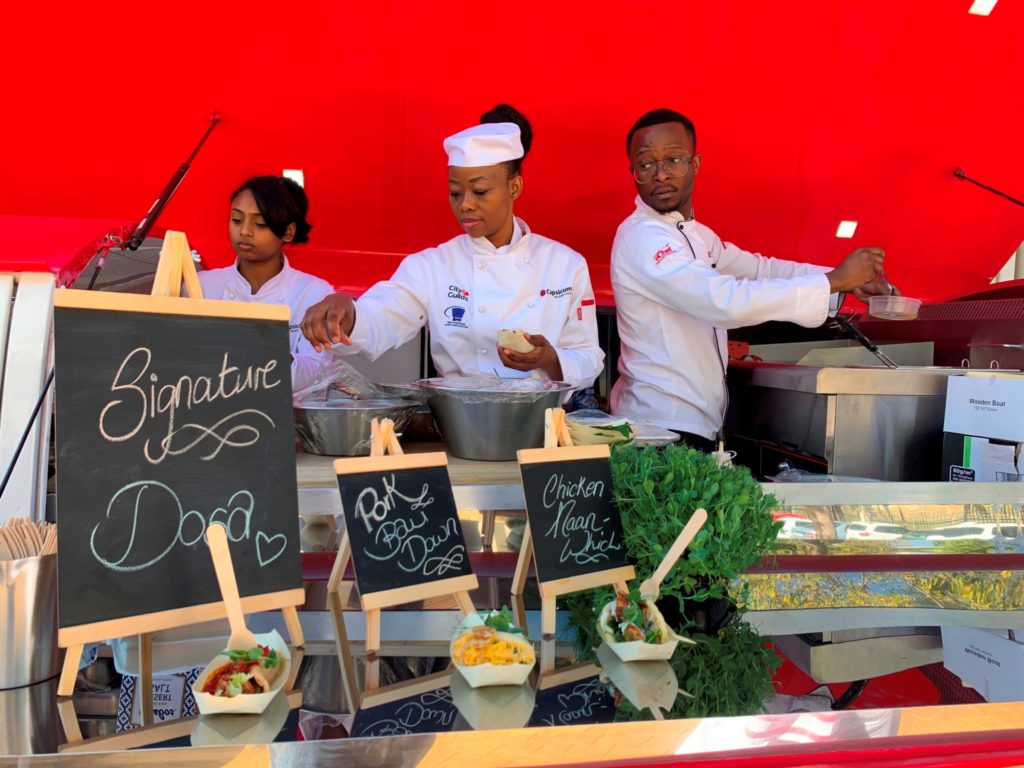 One of the dishes will be the Capsicum signature ‘Dosa-licious’ which comprises of a lentil, rice and chickpea based pancake filled with grilled aubergine, a spicy mince, pickled cabbage and grated apple, topped with a red pepper chutney. A vegetarian version of this special will also be available. More dishes will be forthcoming in the weeks ahead and, as with the Dosa-licious – all will be very reasonably priced and served in biodegrabale containers.

“I can guarantee you the food that the students will make and serve from the combi will be sustainable, seasonal, cost-effective, versatile and yum,” says Engelbrecht.

Currently, there are two Capsicum Combis, one based in Gauteng and the other – already dubbed the Capsicum Coastal Combi – will be rotated between the Durban, Port Elizabeth and Cape Town campuses.

For those living in Johannesburg the red and white mobile kitchen can be spotted over the next few weeks in and around the city and suburbs dishing up fabulous fare to passers by. Cape Town locales will be announced soon.
Follow Glam Africa on social media: @GLAMAFRICAMAG

#WhatsCookingWednesday: What’s The Policy On Splitting The Bill At A Restaurant?